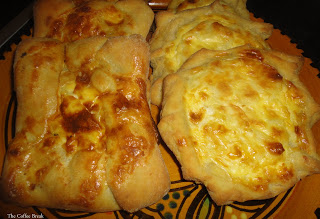 Kalittoa or Karelian pastries are traditional pastries from Karelian area. Originally they were made from rye crust but later started to use wheat together with rye. The most popular fillings were millet, buckwheat, potato, barley and rice. They can be made in different shapes – round, oval or 4, 5, 6 or 7 angles. The sides are usually turned up or pinched. In my family we always made them round and as filling was used mashed potato. They were often made on Sundays and were a real treat! 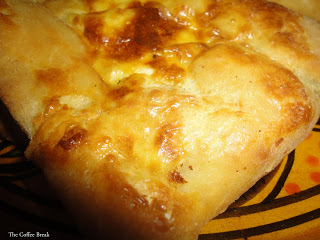 Method: Preheat oven to 200 degrees C. In a bowl combine egg, salt, melted butter and milk; add oil. Gradually stir in flour. Knead stiff dough. Boil potatoes for about 20 minutes; when ready add salt, butter and milk – mash everything together. For the sauce combine together sour cream and egg. Make dough ‘sausage’ and then cut in roughly equal pieces; thinly roll each piece. In the middle of the circle put 1 tablespoon of potato filling and pinched the sides of the circle to close pastry. Repeat with the rest of the dough balls. Before baking brush pastries with the sauce. Bake for 15-20 minutes or until done. 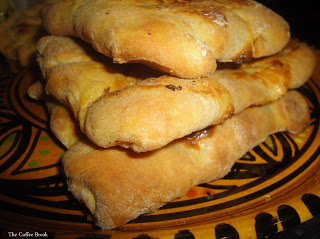 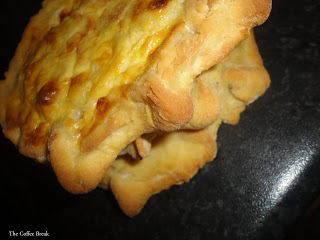 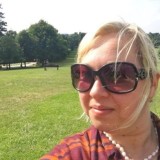 I'm Irina. I'm a home cook and baker, wife, and mommy to 2 . I love cooking, travelling and photography. Welcome to my kitchen!

Other Posts You May Enjoy

Hi! I'm happy you are here! I'm Irina. I'm a home cook and baker, wife, and mommy to 2 . I love cooking, travelling and photography. Welcome to my kitchen!